Despite having ‘ Mural Painting’ as a subject in syllabus, it is far away from being practiced by all students unless a gig comes through once in a while.

St+art India had initiated projects in the city of Bengaluru, Amitabh Kumar took the group on a site to site tour of all the sites and projects.
The group being in close vicinity of the artists invovled, were  picking up languages of Mural art being practiced by these artists. 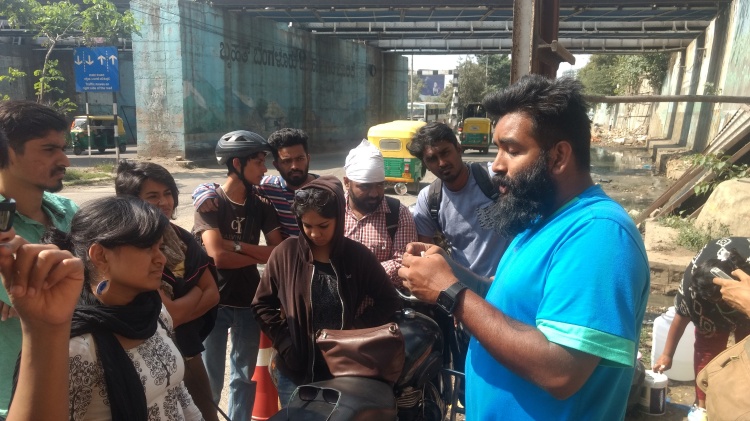 Geechugalus with Ullas Hyder at Dhanwantri Under pass

George Mathen Talking to the geechugalus about his pieces inside the metro station.

Anpu showing the students a piece of stop-motion at Ulsoor 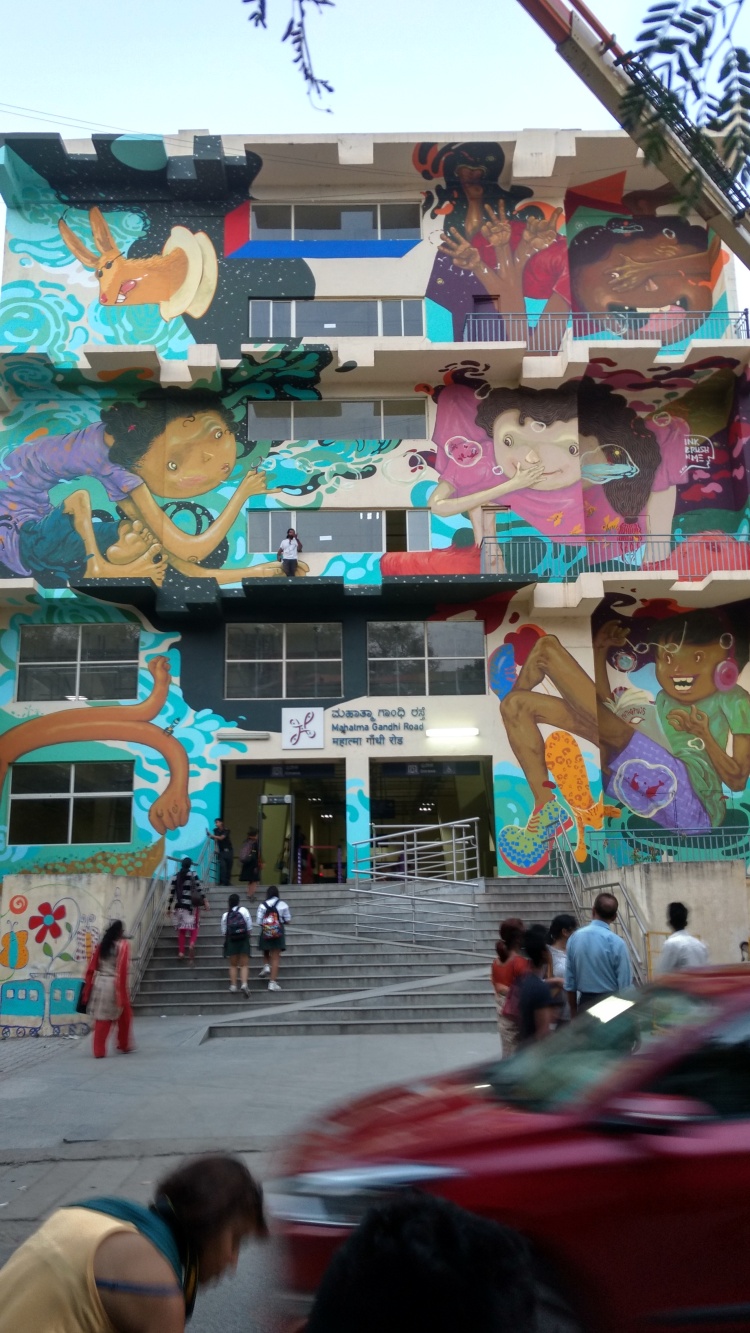