The initial impression of any erasure in an artwork is often that of a destructive act. American painter and graphic artist Robert Rauschenberg famously did recognise this element of eradication when he later talked of trying “to purge myself of my teaching” in his work entitled “Erased de Kooning Drawing, 1953”. The word ‘purge’ however suggests a cleaning and purifying process, rather than a violent destruction.

Working on somewhat similar patterns of erasure technique being such, we as Geechugalus had the perfect opportunity to work this amidst the playful alterations of the ‘Old’ contradicting BBMP’s Primer for whitewashing.
Blocking the older murals with chalk outlines was a seemingly efficient way to preserve the murals worth keeping.

It is, consequently, this process of additive subtraction, that could be seen in terms of positive and negative, or addition or subtraction; that suggests a play of differences, rather than an absence of a presence. 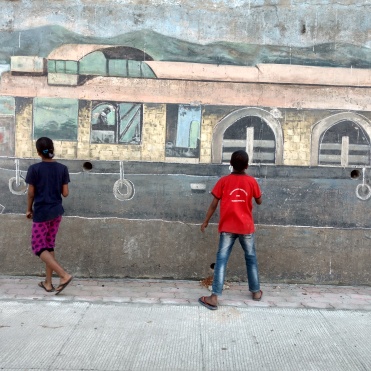 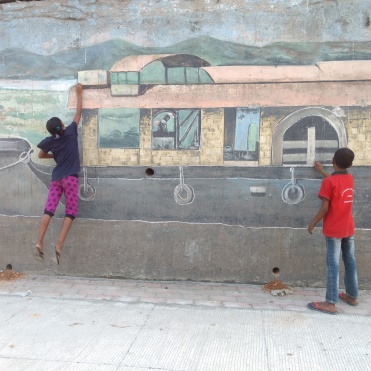 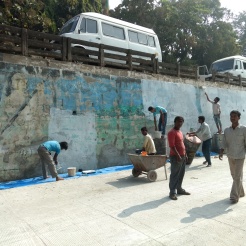 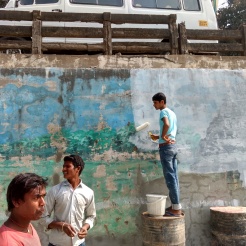 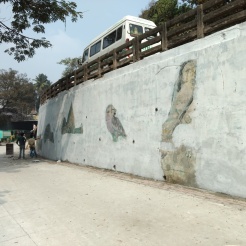 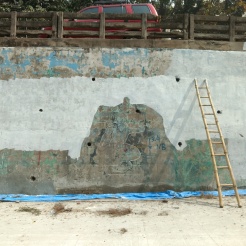 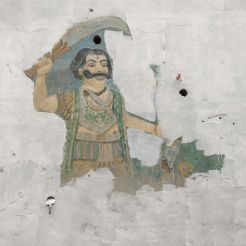 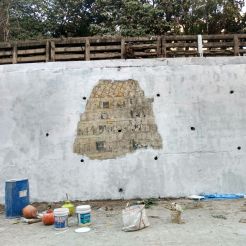